Trust barometer on the way up 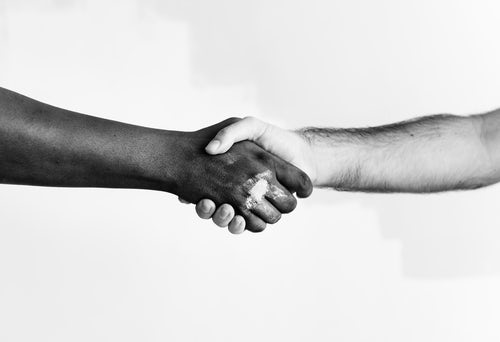 And now for some good news: Australian’s trust in key institutions is on the rise.

But according to the 2019 Edelman Trust Barometer, trust in business in Australia rose to a net “trustful” viewpoint of 52 percent, up from 45 percent in 2018.

Around 72 percent of Australian survey respondents agreed with the statement that businesses can increase profits and simultaneously improve their communities.

Australians also rank above average when it comes to trusting their employers, at 77 percent (up 3 percent from the 2018 survey) against a global trust level of 75 percent.

Around 1,150 people took part in the survey in Australia. According to Edelman, the last decade has seen a loss of faith in traditional authority figures and institutions. More recently, people have lost confidence in the social platforms that fostered peer-to-peer trust.

These forces have led people to shift their trust to the relationships within their control, most notably their employers.

What this means for CEOs, according to Edelman Global Chair, Reputation, Stephen Kehoe, is they need to step up and lead change.

“CEOs must consider the significantly heightened expectations on them to be advocates for change in a world that is still confused and uncertain,” he said.

When it comes to government, Australian’s trust in government score rose seven points this year to 42 percent. Men (45 percent) are more likely to say they trust government than women (39 percent).

Australians appear to be quite pessimistic about our economic future, ranking low when it comes to believing that they and their families will be better off in five years. While 54 percent of Australia’s elite think their economic prospects will have improved by 2024, only 32 percent of the general population think so. For this question, Australia recorded the survey’s largest gap between a country’s general population and its informed public.

Trust in media has also risen in Australia, although it is still the least trusted institution. Of the 26 countries surveyed, Australia saw one of the largest increases, rising nine points to a score of 40 percent.

In terms of gender differences, it seems that women are a little less forgiving when it comes to trust in our key business and political institutions.

Women show distrust in 15 out of 27 global markets surveyed, four more markets than men. Their trust scores in general are lower, notably in developed markets like the U.S., Germany, Australia, Japan, France and Canada.

According to Carol Potter, president and CEO of Edelman Europe & CIS, engagement is a key factor in trust for women.

“As women are more engaged with news and information, their trust gap with men closes,” she said. “The good news is that women in the informed public are becoming more engaged, with a 23-point spike in engagement from last year.

“But overall, the scepticism on behalf of women begs the question: What do we do? Should we talk more directly and more often to women? Should we dial up talking about our purpose, our intentions and our integrity when we talk to women as our employees or our customers?”

Trust is not just about government and big institutions. The survey results point to trust becoming a more local issue. The way business treats women in the local community may well become something we need to pay attention to.

Are you a new leader or CEO looking to put your stamp on your organisation?  A sea of opportunity awaits you. But how can you make your mark and bring the organisation along with you?
January 14, 2019

How to make the most of your next meeting

How often have you been in a meeting and thought “surely this could have been covered in an email…”?
December 31, 2018

How to avoid the trap of New Year’s Resolutions

You survived another year and have yet again arrived at New Year’s Eve wondering what your resolution for 2019 will be.